100 YEARS OF MAKING THINGS STRANGE: A CENTENNIAL OF VIKTOR SHKLOVSKY'S OSTRANENIE. Sept. 30, B126, HW. Guest lectures "Ostranenie and the Human Mind" by Alexandra Berlina (University of Erfurt, Germany) and "The Twists and Turns of Estrangement" by Basil Lvoff (Hunter College & CUNY Graduate Center). Panel discussion moderated by Irina Denischenko and Bradley Gorsky (Columbia University). The concept of ostranenie ("estrangement," or "alientation") was coined by the founding father of Russian Formalism Viktor Shklovsky in 1916. It was born to become a radical herald of novelty and a foe of clichéd perception. But is it as powerful a century later? Does it still affect our lives, and will it affect our future? Who is the author of ostranenie - the writer, our own perception, or history?
Video by Olga Lvoff
YELTSIN CENTER: THE FIRST PRESIDENTIAL MUSEUM AND CENTER IN RUSSIA. Oct. 7, 4-6 pm, B126, HW. Presentations by DINA SOROKINA (Director of the Yeltsin Museum) and BORIS MINAEV (writer and journalist, Boris Yeltsin's biographer). The Boris Yeltsin Presidential Center (Yekaterinburg) is a non-for-profit organization, which includes a museum, an exhibition and discussion center, the Boris Yeltsin Presidential Library, and a Center for Information and Education. Founded in 2009 in Yekaterinburg, it has a branch in Moscow. The mission of Yeltsin Center is to study the institutes of presidentialism and parliamentarism in a modern democratic society, their principles, laws and customs, and to preserve and publicize the historical legacy of the first president of the Russian Federation, Boris Yeltsin. The Center supports projects in education, culture, youth, humanitarian cooperation, publishing and literary awards. 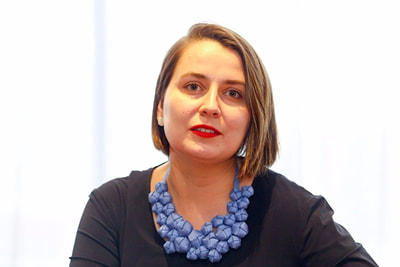 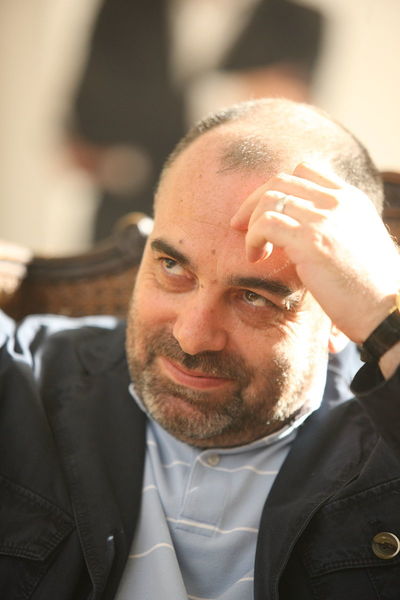 IN PURSUIT OF THE SIBERIAN SHAMAN (2006, 72 min.) by ANYA BERNSTEIN. Oct. 21, 4-6 pm, B126, HW. Film screening followed by Q&A with the director. Long suppressed by missionaries and then by Soviet anti-religious campaigns, Siberian shamanism has experienced an unprecedented revival following the collapse of the Soviet Union, and the number of shamans continues to rise. But who are these new shamans? Are they tricksters, magicians, businessmen, or cultural activists? This film takes a behind-the-scenes look at a Buryat shaman living on an island in the Lake Baikal as he moves between intimate shamanic rituals performed for local clientele and shows performed at various resorts for Western tourists in search of "primitive" cultures. The film captures cross-cultural miscommunication as the shaman and tourists misunderstand one another, usually comically, sometimes disturbingly, made all the more poignant by the conflict between the dominant Russian Orthodox Church and the local shamanic tradition. Juxtaposing 1920s archival footage of a shamanic performance with its contemporary counterparts, the film grapples with the long-standing tension between the "indigenous" and the "cosmopolitan" in a rapidly transnational world.

ABOUT THE AUTHOR: Anya Bernstein is Assistant Professor of Anthropology at Harvard University. Her first book, Religious Bodies Politic: Rituals of Sovereignty in Buryat Buddhism (U of Chicago Press, 2013), won the Award for Excellence in the Study of Religion and an Honorable Mention for the Davis Center Book Prize in Political and Social Studies from the Association for Slavic, East European, and Eurasian Studies (2014). Her second book tentatively entitled The Future of Immortality: Remaking Life and Death in Contemporary Russia explores the interplay between questions of immortality and life extension industries across the Soviet Union and postsocialist Russia, drawing on archival and ethnographic methods to investigate these technoscientific and religious futurisms. She is also a trained visual anthropologist and documentary filmmaker.
NARINE ABGARYAN. SEMYON ANDREICH. Oct. 26, 3:30-5 pm, B126, HW. A reading by Narine Abgaryan, an Armenian children’s author, followed by Q&A. Moderated by Olga Bukhina. In Russian, with English translation by Cara Ehlenfeldt. Born in Berd, Armenia, in 1971, Narine Abgaryan graduated from the State University of Linguistic Studies in Erevan with the diploma of a teacher of Russian language and literature. She has authored ten books, including the bestselling and prize-winning trilogy about Manyunya, a busy and troublesome 11-year-old girl in a small Armenian town Berd. Abgaryan’s other book for children, Semyon Andreich, the Scribble Chronicles, was awarded the BABY-NOSE by the New Literature Prize in 2013 and was called the best children’s book of the decade. Abgaryan is also the author of several popular novels and collections of short stories, including Migrant, People Who Are Always with Me, Three Apples Fell from the Sky, and Zulaly, which are set in Moscow and Armenia. She is the editor of several other editions and anthologies of contemporary Russian prose. Since 1993, Narine lives in Moscow with her husband and son. 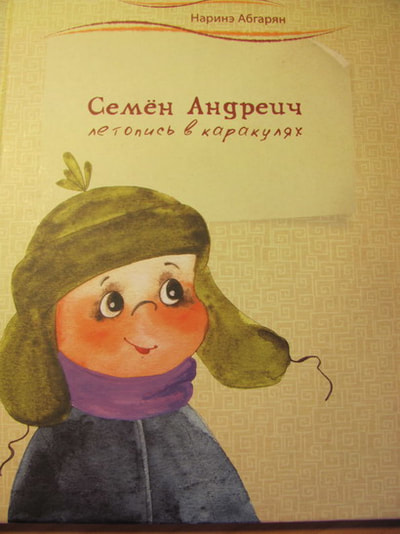 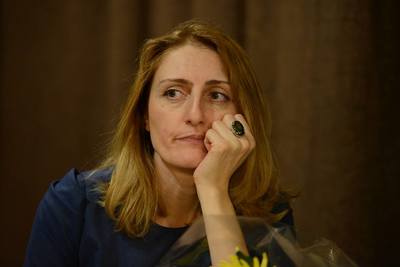 POLINA BARSKOVA. POETRY READING (in Russian with English translations by CATHERINE CIEPIELA). Oct. 28, 4-6 pm, B126, HW. A professor of Russian Literature at Hampshire College, Barskova is the leading authority on the Siege of Leningrad and its representation in culture. As a poet, she explores, among other things, the same topic from the perspective of her real-life characters who speak to us through their own words. An author of numerous books of poetry and recipient of multiple literary prizes, including the Andrei Bely Prize for her book of prose Living Pictures (2016), Barskova has recently edited a bilingual anthology Written in the Dark. Five Poets in the Siege of Leningrad (Ugly Duckling Presse, 2016). Her translator, CATHERINE CIEPIELA, is professor of Russian at Amherst College. She is a world expert on the poetry of Marina Tsvetaeva and Russian modernism. Apart from reading her English translations of Barskova's poetry, Ciepiela will discuss the limits of translatability of Siege poetry from Russian into English. 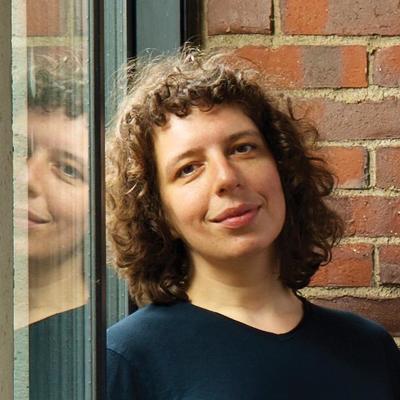 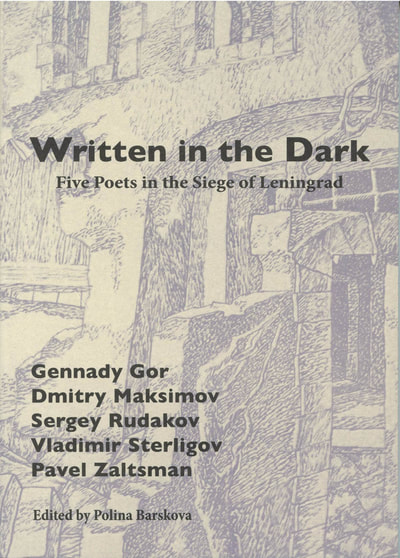 Video by Aleksandr Vidayev
MARIA STEPANOVA. POETRY READING (in Russian with English translations by SIBELAN FORRESTER). Nov. 4, 4-6 pm, B126, HW. One of the most important poetic voices in Russia today, STEPANOVA is also an essayist, cultural and political thinker, independent journalist, editor and publisher. In 2007-2012, she was the editor-in-chief of the cultural portal OpenSpace.ru, which then had to be transform into Colta.ru, now published exclusively through crowdfunding. Stepanova makes a vital presence in Russia's cultural life today: she is the organizer of multiple festivals, such as the Island of 1990s, which has explored the legacy of the decade that came between the fall of the Soviet Union and Putin's presidency. SIBELAN FORRESTER is a translator of Russian poetry and professor of Russian and Comparative Literature at Swarthmore College. She has worked extensively on Russian folklore, gender, the genre of autobiography, and the poetry of Marina Tsvetaeva. Her translations of Stepanova appeared in Relocations: Three Contemporary Russian Women Poets (Zephyr Press, 2013). 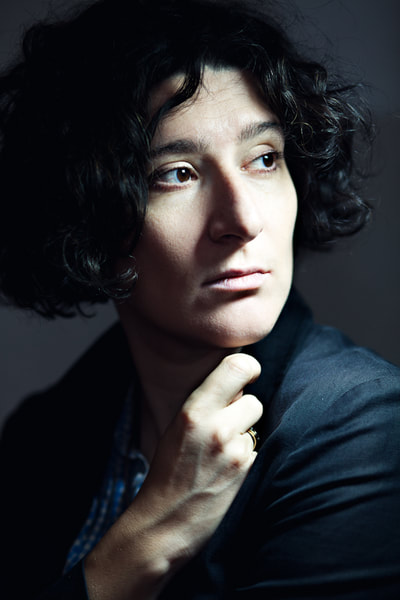 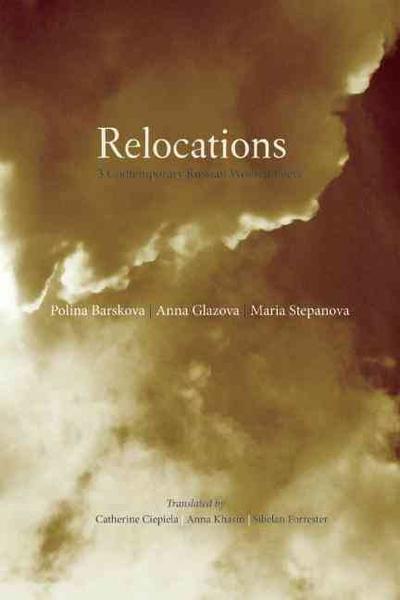 Video by Aleksandr Vidayev
PSOY KOROLENKO. BED AND SOFA, or LOVE FOR THREE (1927, dir. by Abram Room). Nov. 6, 6 pm, Ida K. Lang Recital Hall (co-sponsored by the Department of Russian Studies at NYU). Originally titledTretya Meshchanskaya, or Third Petty-Bourgeois Street, it is one of the most controversial early Soviet films, based on a newspaper anecdote but also associated with the poet Vladimir Mayakovsky. It centers on a bizarre love triangle in Moscow of 1920s. Viktor Shklovsky, the famous Russian formalist and friend of futurist poets, wrote the screenplay for this silent film, which was produced and directed by the master cinematographer Abram Room. PSOY KOROLENKO presents his poetic commentary and live piano accompaniment to this Soviet avant-garde masterpiece. It is a unique cine-performance, fusing silent film and free style poetry. The commentary links the film content to the biographies and texts of a number of writers, including Vladimir Mayakovsky, Zinaida Gippius, Nikolai Chernyshevsky and others. It also addresses some of the existing scholarship on early Soviet Russia, for example “Erotic Utopia'” by Olga Matich, “Chernyshevsky and the Age of Realism” by Irina Paperno, and “Between Men” by Eve Kosofsky Sedgwick. Psoy’s original text was written in Russian. The English translation is by Stuart Goldberg, with later additions by Daniel Kahn. The performance is in English, with real-time improvisations in the original Russian.

ABOUT THE AUTHOR: Psoy Korolenko (real name Pavel Lion) is a poet-singer, translator, journalist and scholar, so called “avant bard” and “the wandering scholar,” co-organizer of Russian-American music festival JetLAG, ex-artist in residence at Trinity College (Hartford), University of Michigan (Ann Arbor), Dickinson College (Carlisle, PA). A deep and insightful Russian author, he is also known for his keen vision of the art of translation and “tradaptation.” 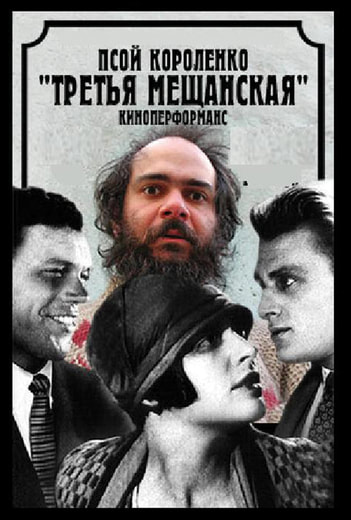 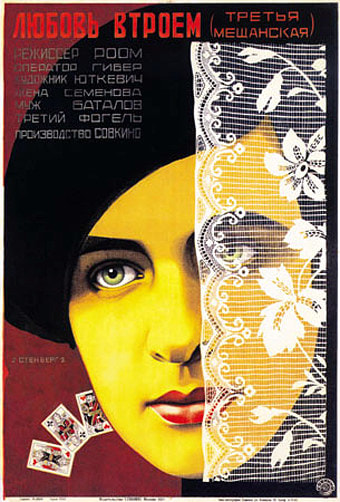