Since August 9, 2020, when Alexander Lukashenko was “reelected” as President of Belarus, the country has been engulfed by an unprecedented wave of peaceful protests, matched only by an equally unprecedented wave of police violence. Several demonstrators have been killed, hundreds of detainees including journalists tortured in prisons, students dragged out of classrooms, and members of the Coordination Council of the opposition either found themselves under arrest or were forced to go abroad (except for the Svetlana Alexievich, Nobel Prize winner for literature, who remains in Minsk). This panel discussion, moderated by the poet and translator Valzhyna Mort, situates the events in Belarus in the political, historical and artistic contexts, bringing together a constellation of activists of the opposition from Minsk and elsewhere in Europe.

Poet and translator Valzhyna Mort was born in Minsk, Belarus, and made her American debut in 2008 with Factory of Tears, followed in 2011 by Collected Body. She is the editor of two poetry anthologies and the recipient of the Lannan Foundation Fellowship, the Bess Hokins Prize from Poetry, the Amy Clamitt Fellowship, the Gulf Coast Journal Prize in Translation, as well as a number of European fellowships and prizes. Her third book of poetry, Music for the Dead and Resurrected, is coming out in November, 2020, from FSG. Valzhyna has been awarded a translation grant from the National Endowment for the Arts for her work on Polina Barskova’s collection, Air Raid. Over the past weeks, Valzhyna has been actively covering the events in Belarus for the New York Times, Financial Times and other major media. She lives in Ithaca, NY, and teaches at Cornell University.

Belarus-born director Darya Zhuk discovered filmmaking while studying Economics at Harvard. After beginning her career at HBO as a business analyst, she went on to earn her MFA degree with honors from Columbia University, focusing on Directing. Her debut feature film Crystal Swan was Belarus’ first entry into the Academy Award’s Best Foreign Language category in 22 years. Crystal Swan opened the prestigious Karlovy Vary “East of the West” competition and won many prizes such as Grand Prix in Odessa Film Festival, Almaty International Film Festival, Grand Prix at Tbilisi International Film Festival, FIPRESCI at Bratislava IFF, Youth Jury Award at Cork Film Festival and others. It had its North American Premiere at Slamdance in 2019. She then went on to direct the second season of the Russian-language streaming sensation Soderzhanki documenting the lives and crimes of Moscow’s oligarchs and their lovers. The show was subsequently acquired by Amazon Exclusives as “Russian Affairs.” Short films Darya wrote and directed have been selected to SXSW, Tarkovsky, Atlanta, Palm Springs, Oaxaca, Santa Fe Independent film festivals to name just a few. She received the Nick Louvel Breakthrough Filmmaker award, best female writer-director award from New York Women in Film and Television in 2015 and has been nominated for the best female director by Adrienne Shelly Foundation. Additionally, she is the winner of such prestigious film grants as New York State Council for the Arts, Panavision Emerging Filmmaker grant, and Interdisciplinary Council for the Art of Columbia University grants.

Andrei Zavalei is an LGBT activist and theatre producer from Belarus. For the last 6 years he has been involved in community building, increasing visibility and empowerment projects. At the moment, he is mostly focused on raising awareness about homophobic and transphobic hate crimes, as well as on independent theatre scene amplification in Belarus. He is Coordinator of Delo Pi (The Pischevsky Case) Campaign Against Homophobia in Memory of Mikhail Pischevsky, who was beaten to death after a gay party in Minsk in 2014. The Campaign aims to influence public opinion and give the LGBTQI* people in Belarus the power to act, using the strategy of reclaiming, hate speech reappropriation to disarm haters. “Delo Pi” Campaign organizes cultural and educational events, direct actions and flash mobs. Andrei is also Production Manager for HUNCHtheatre Belarus, which is focused on discovering new bright figures in independent playwriting and theatre, bringing actors together with queer artists, LGBTI+ activists, rehearsing via Skype to overcome cultural, linguistic and political barriers, to be part of international theatre movement. We cooperate with companies, individuals and organizations like Teatr.doc (Russia), Goethe-Insitut (Germany) and many others.

The Belarusian conductor Vitali Alekseenok has been chief conductor and musical director of the Abaco Orchestra at the University of Munich since the 2017/18 season. As prizewinner of the MDR Conducting Competition in Leipzig he conducted the MDR Symphony Orchestra, as well as the Lucerne Festival Strings, the Staatskapelle Weimar, the Karlovy Vary Symphony Orchestra, the Philharmonic Orchestras Jena, Gotha, Lviv and Hradec Kralove. In the field of opera, Vitali has worked as conductor, assistant, and vocal coach in opera houses such as the Theater an der Wien, the Bavarian State Opera, the Teatre del Liceu Barcelona, the Graz Opera, the German National Theatre Weimar, the Varna Opera (Bulgaria) and the Teatro Mancinelli Orvieto (Italy). Besides opera productions, he has also worked with several youth orchestras such as the Youth Symphony Orchestras of Bavaria, Baden-Württemberg, Bremen, Saxony and the New Philharmonia Orchestra Munich. Vitali was born in Vileyka, Belarus, in 1991 and received his musical education at the St. Petersburg Conservatory under Prof. Aleksander Alekseev, and at the University of Music Franz Liszt Weimar under Prof. Nicolas Pasquet, Gunter Kahlert and Ekhart Wycik. He has taken part in master classes with Bernard Haitink, Maurizio Barbacini, Bruno Weil, Peter Stark, Marco Guidarini and Rüdiger Bohn, among others.

Tanya Kapitonova is a freelance photographer and journalist based in Minsk, Belarus. Since 2015, she has been covering cultural and activist spheres and making reportages. She works as a contributor to Getty Images and local media such as Belsat TV, Bolshoi magazine, 34mag, Citydog, and others. For the past 6 months she has been working as a news photographer and has been covering election campaigns and protests in Belarus.

Olga Shparaga studied Philosophy in Belarus and Germany. At the European College of Liberal Arts, Minsk, she currently curates the concentration in “Contemporary Society, Ethics and Politics” and teaches courses on a broad variety of philosophical themes. She was a Research Fellow at the Ruhr-University Bochum and Technical University of Freiburg (Germany), Centre for Theoretical Study (CTS, Prague, Czech Republic), Warsaw University of Technology (Poland), and The New School (New York, USA). Olga is on the Editorial Board of the Ideology and Politics Journal and of the Belarusian Journal for the Contemporary art pARTisan, as well as on the Advisory Board for the The Interlocutor. Journal of the Warsaw School of the History of Ideas. She is the author of two monographs: Community-after-Holocaust: On the Way to the Inclusion Society (Minsk: ECLAB books, 2018, in Russian) and Wake of Political Life: An Essay on the Philosophy of the Public Sphere (Vilnius: EHU, 2010, in Russian). She has also edited seven academic volumes. Her first book was recognized as the best monograph in philosophy for 2018 by the International Congress of Researchers of Belarus, and was shortlisted for the “Book of the Year – 2018” by the Belarusian PEN Center. 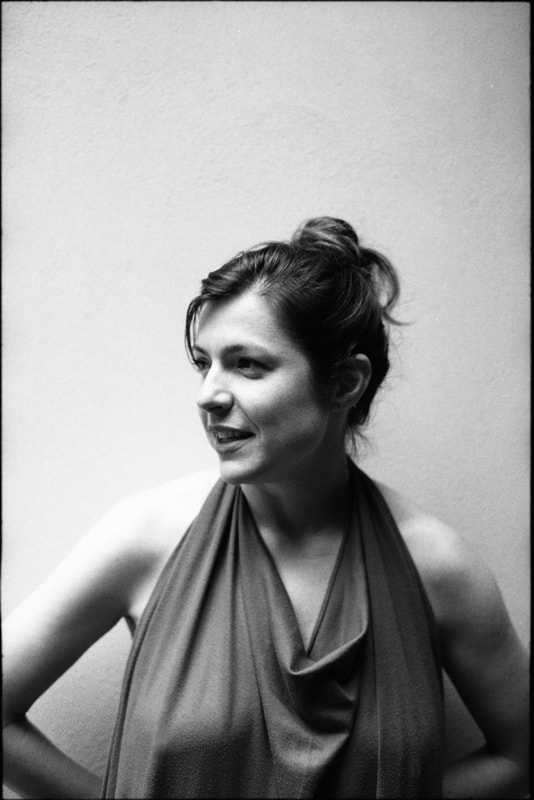 To celebrate the 102th birthday of the guitar poet, playwright and dissident Alexander Galich (October 19, 1918 - December 15, 1977), you are cordially invited to our next Tamizdat Project Lab, which will be devoted to the first publications and reception of his works abroad, in tamizdat. We will focus on questions of the author's control over his manuscripts and recordings as they circulated in Russia before being smuggled out of the country and published elsewhere, as well as on their reception and interpretation by the Russian emigre and Western communities throughout the sixties and seventies. We will be working with a variety of both archival and print sources, including editorial correspondence, reviews, diary entries, and memoirs, typing and translating them into English or Russian and thus collectively contributing to Tamizdat Project.

The event will be conducted online via Zoom (please RSVP to receive the link). Tamizdat Project Labs are limited to 25 participants. They are designed as hands-on workshops, so please be ready to use your own computer. NB: knowledge of Russian is NOT required. If you are unable to attend but would still like to volunteer for Tamizdat Project, please click here or email your application to tamizdatproject@gmail.com.

Tamizdat Project is a virtual environment that explores the patters of circulation, first publications and reception of contraband literary manuscripts from the former USSR in the West during the Cold War. It is an online archive of documents that deals with how and why masterpieces of Russian literature first appeared abroad long before they could see the light of day in Russia, already during or after Perestroika.
RSVP
​Back to Top
Leona Toker. "Concentration-Camp Literature: Gulag and Nazi Camps as Contexts for Each Other." December 2, 1 - 3 pm (EDT). Online. Co-hosted by the Jewish Studies Center and the Robert Seltzer Lunch Lecture Series.

Join us for a brief history of concentration camps and the literature written about them, followed by a discussion and comparison of Shalamov’s “An Individual Assignment” and an extract from Primo Levi’s If This Is A Man. Followed by virtual audience Q&A.

Leona Toker is Professor Emerita in the English Department of the Hebrew University of Jerusalem. She is the author of numerous books including Nabokov: The Mystery of Literary Structures (1989), Eloquent Reticence: Withholding Information in Fictional Narrative (1993), and Return from the Archipelago: Narratives of Gulag Survivors (2000). Her most recent book is Gulag Literature and the Literature of Nazi Camps: An Intercontextual Reading (2019). Since 2003 she has been the Editor of Partial Answers: Journal of Literature and the History of Ideas. 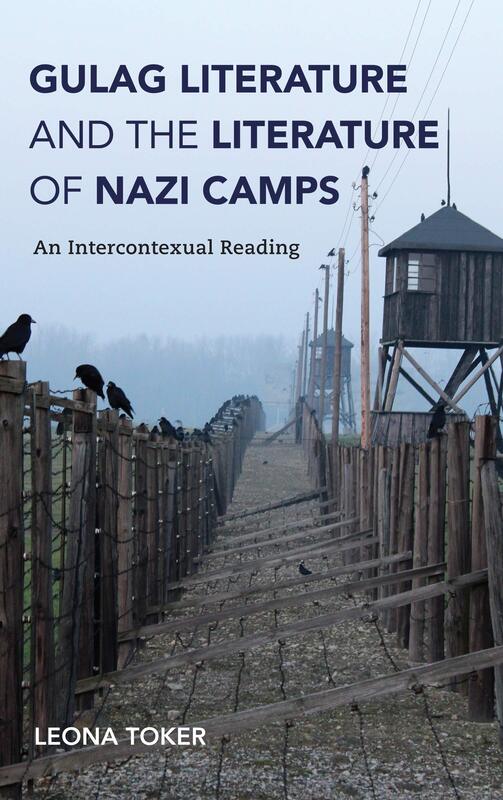 RSVP
​Back to Top